Before establishing new pastures/crops, time and effort should be taken to correct any soil nutrition deficiencies in order to reach the full potential of the new pasture/crop. A soil test should be completed at least 6 months before sowing in order to attempt to correct any deficiencies. Irrelevant of drilling technique being used, the seedbed should be even and weed free to ensure an even sowing depth and to reduce competition for the establishing plants from weeds.

Fertiliser should also be applied, whether it be broadcast or drilled with the seed, to give the establishing plants access to required nutrients as their roots establish.

The establishing plants should be monitored closely for any sign of insect attack and germinating weeds. Corrective measures should be applied as soon as possible.

Emerging ryegrass pastures could have around 500 – 900 tillers/m2 depending on a range of factors from seedbed preparation to sowing rate and soil temperature. A fully established pasture on a dairy farm should have 5000-7000 tillers/m2, and on a sheep pasture 12,000/m2 or more. Management in the first year of the pastures life is critical to achieve the desired tiller numbers and positively influence botanical composition, production and persistence.

New pastures should be grazed at 10-12 cm and when the leaf is plucked it breaks rather than the whole plant pulling out by the roots.

Grazing at this stage: 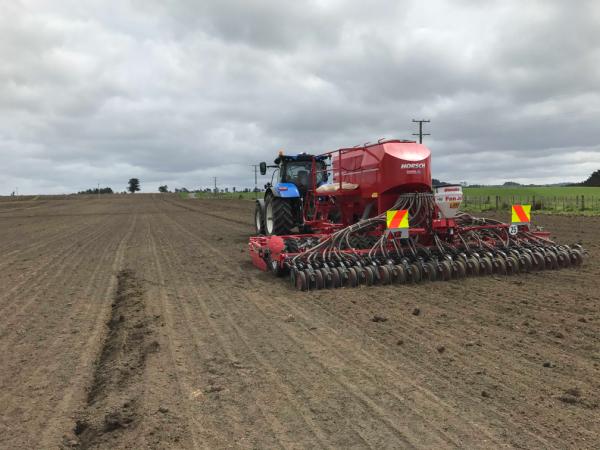 For the first grazings, remove one-third to half the leaf area on offer or down to 1200-1500kg DM/ha (5cm height). Earlier sowings usually result in earlier grazing, and a pasture with more ground cover heading into winter.

Deferred grazing and feed conservation (hay and silage) should not occur during the first twelve months as this will suppress clover production and reduce ryegrass tiller numbers. Making supplementary feed early in a pastures life often results in vulnerable pastures that are stemmy and open with increased chance of plant death during summer
Weed control is often critical to the success of new pastures. Weeds compete for light, nutrients, water and space and are better controlled when they are small.
Timing is important if spraying is required. Generally spraying before grazing is recommended as the chemicals used are not as harmful to clover, but sometimes spraying may need to occur after the first grazing, particularly if the weed spectrum is challenging.

Phosphate and nitrogen are key nutrients for pasture establishment. Phosphate is critical for root development and nitrogen (N) is required to help grasses tiller and encourage growth. For the first 12 months, clover in the new pasture will not be fixing sufficient N to meet demand. Apply N in small quantities, taking care not to oversupply as this can suppress clover growth.

After the establishment phase, refer to soil and herbage tests to optimise nutrient levels for grass and clover and ensure that new pastures are treated as “new” for up to 12 months to ensure that they have developed correctly. 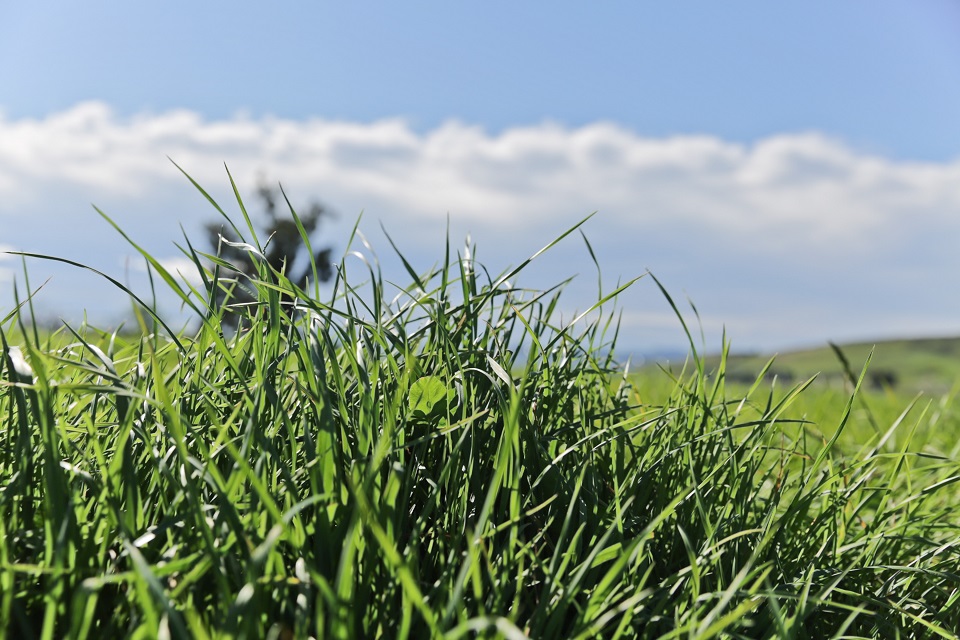