It is clear that the kind of warm winter experienced in 2020 has favoured pasture and forage pests. As a result, farmers who are re-grassing in spring need to be on the lookout for insect pests during the establishment phase.

One of New Zealand’s largest insect pest’s is the Argentine Stem Weevil, otherwise referred to as ASW. Adult ASW damage is characterised by the windowing of the grass leaf up near the tip – generally in a rectangular shape. However, the damage by the adult is generally minor and will lead to a minimal reduction in production. It is the larvae that can cause excessive damage that will lead to crop failure and ultimately having to start again.

The ASW larva, once hatched from the egg, burrow into the centre of a grass tiller, leaving a tiny black hole at the bottom of the leaf sheath and a distinct discolouration in the base of the tiller as the growing larva chew through the insides of the tiller. This can be seen if you pull apart the leaf sheath from the tiller slowly and is generally positioned at the base of the tiller. ASW larva feeding can be clearly diagnosed by the emerging new leaf turning brown as it dies, most larva will destroy more than one tiller as it grows. When the population is high enough large scale tiller damage can lead to plant death.

ASW damage is generally seen by yellowing of new grass from the bottom up if it is still relatively fresh, otherwise dead orange centre leaves can be observed as a result of older larva feeding.

If damage is occurring to new ryegrass or brassica and herb crops it is advised to contact your local rural retail rep ASAP for advice on the best ways to treat this issue. 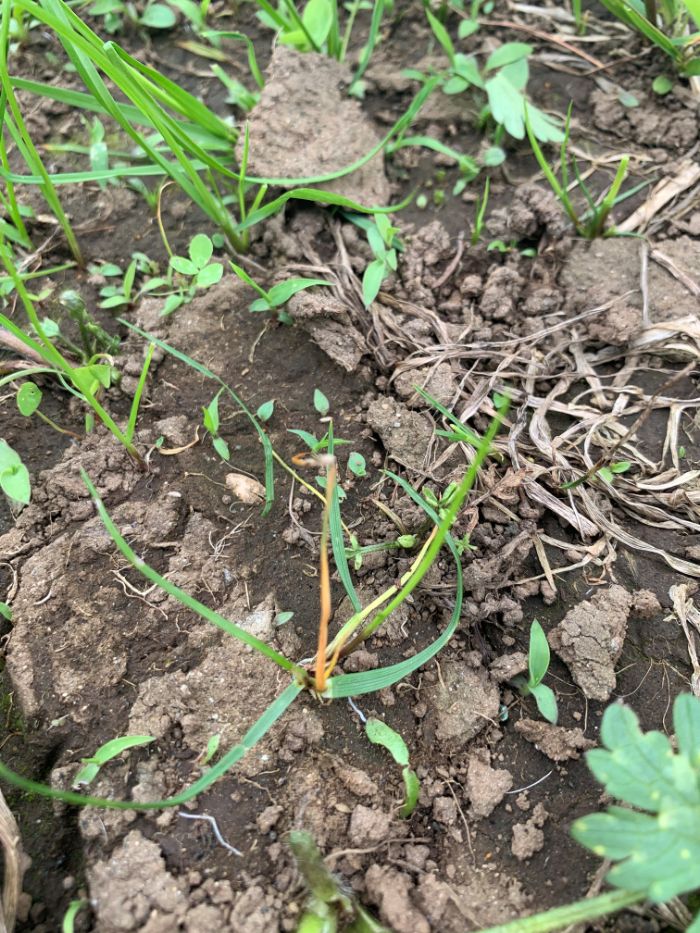 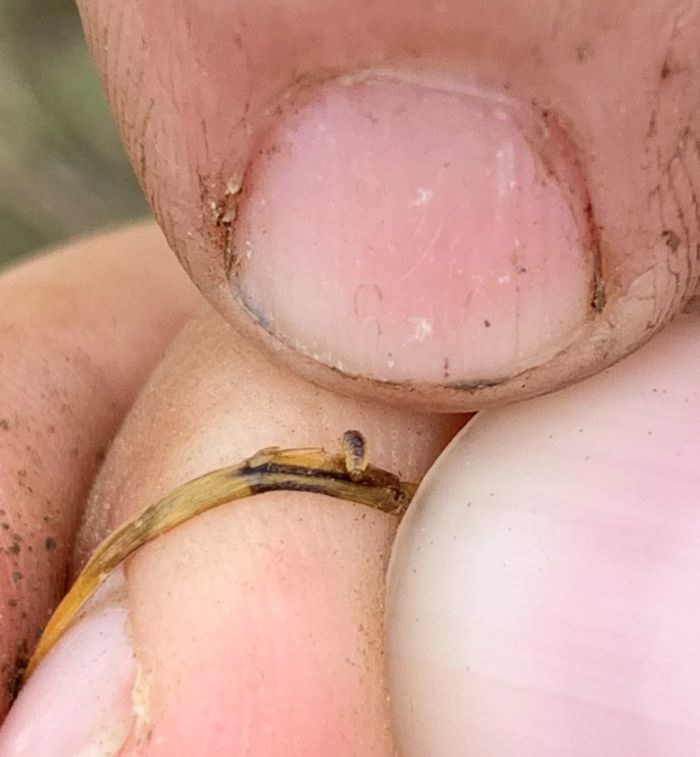