With the inclusion of Choice chicory on the platform they have seen an increase in milk production and have had the opportunity to break weed and pest cycles. The tap rooted nature of Choice also provides John and Ronnie greater tolerance to summer drought and low soil moisture.

John farms 640 dairy cows on a 210 hectare property with an effective milking platform of 200 hectares. He has found Choice chicory to perform well throughout summer and autumn when soil moisture becomes a limiting factor and pasture production decreases.

"Once the place started to dry out the only thing left green and growing was the Choice chicory,” explains John. “The Choice paddocks managed to bring up moisture and nutrients from throughout the soil profile, allowing it to continue growing high quality feed when we needed it, when nothing else would.”

Direct drilling 15 hectares in mid-October, making up 7.5% of his platform, John managed 4-6 grazings per paddock of his Choice until autumn.

“Choice has made it possible for us to extend our rotation through the summer,” explains John. Having a split heard and putting 320 cows on a 21 day round on Choice chicory, John saw an increase in milk production of those cows on Choice.

Having previously had issues with pasture pests, in particular black beetle, local Farm Source Representative Jarno Sammet suggested using Choice chicory to help break the black beetle cycle present on farm. Incorporating Choice into a pasture renewal programme consisting of chicory to annual grass, and then back to chicory is a good option to achieve this goal.

Having a full programme approach and using an annual ryegrass in conjunction with Choice results in the paddocks receiving a number of sprays to remove hard-to-kill weeds. This then sets John up to ryegrass the following autumn with a high performing perennial ryegrass mix into a clean, weed and insect free paddock.

John also saw the added benefit over other summer crops. “The Choice chicory allows for the cows to be spread over a greater area during each grazing, reducing the occurrence of compaction on the soil,” explains John. 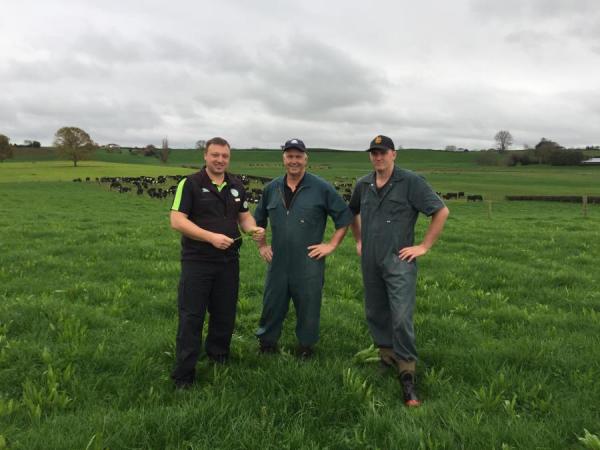 Farm Source Representative Jamo Sammet (left) with John Moorby (middle) and Ronnie Bird
New Zealand bred, Choice chicory has been thoroughly proven on farms, and in research to substantially improve production both per animal and per hectare in dairy cows. DairyNZ trials found that when pasture quality is poor (below 10 ME) feeding Choice at 20-40% of the diet can increase milksolids production by 17%1.

Choice is not only suitable for dairy operations but can also be used as a high quality finishing feed when mixed with white and red clovers to produce a high yielding, high quality forage suitable for heifer, beef or lamb finishing. Choice chicory is able to increase liveweight gains and animal performance on both finishing and lactating stock classes.
Download Choice Agrinote 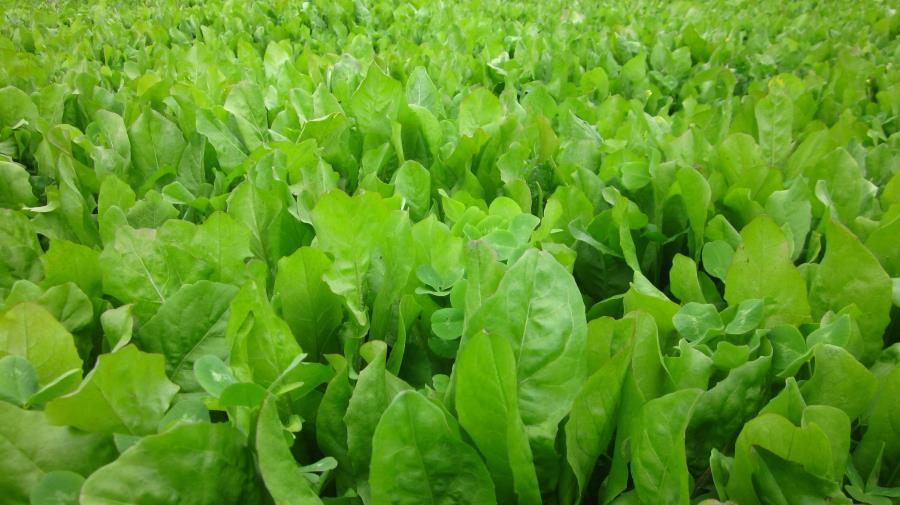